Asus Eee Pad Transformer gets Android Honeycomb 3.2 in the US

If you happen to be situated in the United States and own an Asus Eee Pad Transformer, it’s your lucky day. Version 3.2 of Android Honeycomb is now out for the popular tablet-slash-netbook and with it come stretchable widgets and the compatibility zoom which will make smartphone apps much better to use on the bigger screen. 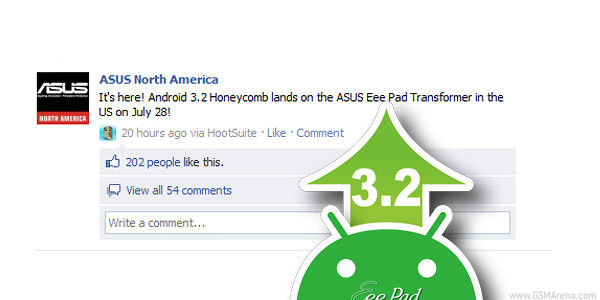 The 3.1 Honeycomb update came in the first half of June – those are some super-fast update cycles. Also if you have the Transformer plus the keyboard dock you can enjoy the dock’s USB host functionality.

The update also brings support for lower-res displays and those of smaller size so this means that Honeycomb will not remain a high-end tablet territory and some of the smaller slates can join in the fun.

The Motorola Xoom is already enjoying the 3.2 Honeycomb version and the Transformer was quick to follow suit.