The Asus Fonepad raised a lot of eyebrows when it was announced – a 7″ tablet with phone aspirations, which was too underpowered to gain major traction. Yet the company seems undeterred as it today announced the Asus Fonepad Note, a 6″ phablet. 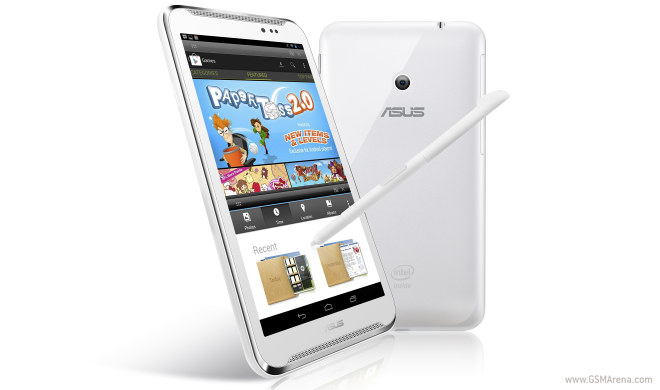 Just like the original Fonepad, this is an Intel-powered Android device but the specs are a lot more alluring.

The 6″ Super IPS+ screen has 1080p resolution for a big increase in pixel density- 367ppi vs. 216ppi for the 7″ WXGA screen of the tablet. The screen is rated at 450nits of brightness and works with an S Pen-like stylus and dedicated Asus apps.

The a more powerful chipset was used too – the Intel Atom Z2560 (Clover Trail+), which has two Atom Saltwell cores at 1.6GHz with HyperThreading and 2GB of RAM, plus a PowerVR SGX544 MP2 GPU clocked at 400MHz. 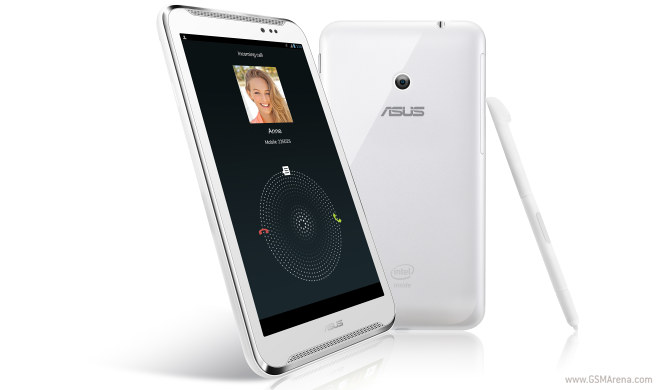 The Asus Fonepad Note packs an 8MP main camera and 1.2MP front-facing camera. There are front-facing stereo-speakers, reminiscent of the HTC One speakers. The speakers use Asus’ proprietary SonicMaster tech for high-quality sound.

On the connectivity side, there’s full 3G voice and data with fast DC-HSPA for up to 42Mbps downlink speeds.