It turns out that the Cupertino-based tech giant is pushing hard to get the factory up and running as soon as possible. So why the rush from Apple?

All we know is that the building will be making “new” and “critical” components for future Apple devices. But we do have some information that can give us a pretty detailed guess as to what these components will be: iPhone displays.

It’s been rumored that Apple plans to make sapphire-crystal displays for future iPhone models. According to leaked documents from analyst Matt Margolis, it’s evident that Apple has purchased Sapphire display inspection tools in a partnership with GT Advanced technologies. This new information, coupled with previous rumors, means that it is safe to say Apple is planning on using the facility for the production of new iPhone displays. 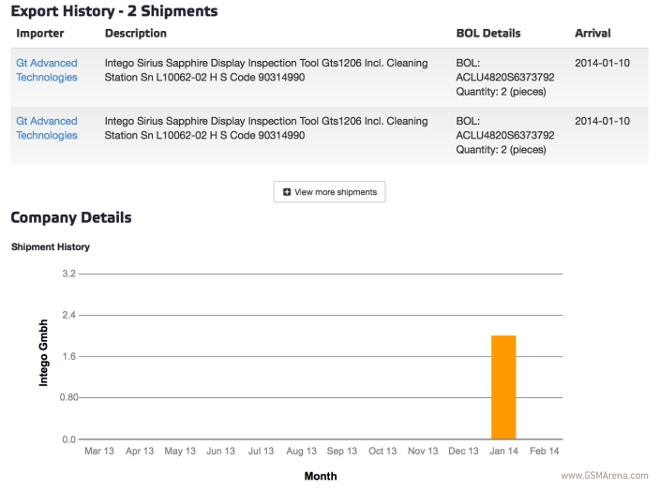 Also, a recent SEC filing indicates that nearly all of GT Advanced’s recent work is exclusively done with Apple. This rules out the possibility for GT Advanced providing Sapphire-Crystal technology displays to any other tech company.

GT Advanced also purchased multiple Sapphire-Crystal furnaces and chambers, 518 of them to be exact, and an expected 420 additional units have already been ordered. With the initial 518 in the factory now, Apple can produce anywhere from 103-116 million displays a year. With the extra 420 machines, they could be producing well over 200 million.

The benefits of Sapphire-crystal displays are improved strength and scratch-resistance. Something that would be a significant selling point for Apple’s next iPhone, seeing as their screens are ranked as some of the most fragile in the business.