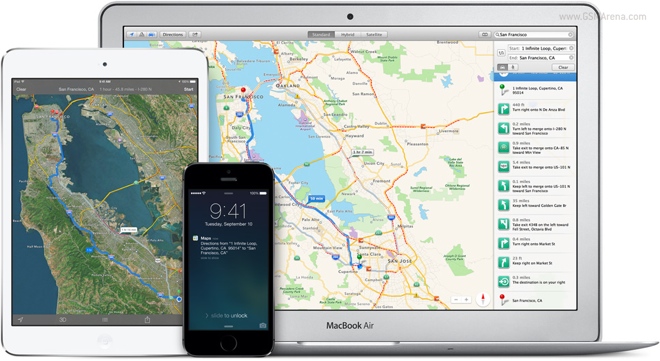 Over the past year, Apple Maps usage has increased sharply whereas Google Maps has seen a corresponding drop, according to a survey by comScore. Apple Maps now has 35 million users to its credit in the US. Google Maps, on the other hand, has dropped down to 58.7 million, which includes both iOS as well as Android users. Compare this to 81 million users that Google Maps had last year and you can see that it has dropped by a significant 22.3 million in just a span of a year.

Out of the 58.7 million Google Maps users, only 6 million iOS users downloaded the app from the App Store and out of those 6 million are 2 million who cannot or have not yet updated to iOS 6 or above (so they can’t use Apple Maps).

There could be various factors responsible for this. First of all, built-in apps trump downloadable apps any day as far as usage is considered. Most people just use the apps that come pre-installed with their devices and third party apps that replicate that functionality can’t compete with that unless they offer a service not available by default on the device.

Secondly, Apple Maps has improved over the last year, as reported by several users. It’s still nowhere near as good as Google’s app, which has had several years of head start, but is slowly getting there. With more people using it, the service can improve faster through more user submitted data.

With Apple Maps now also available on Macs through Mavericks, you can expect a further bump in usage and higher user base a year later.