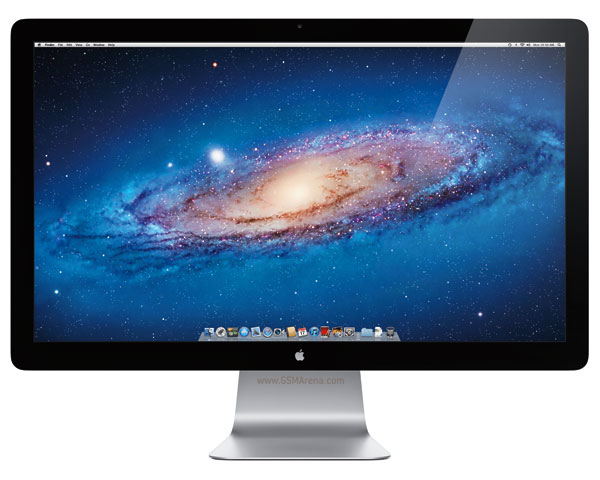 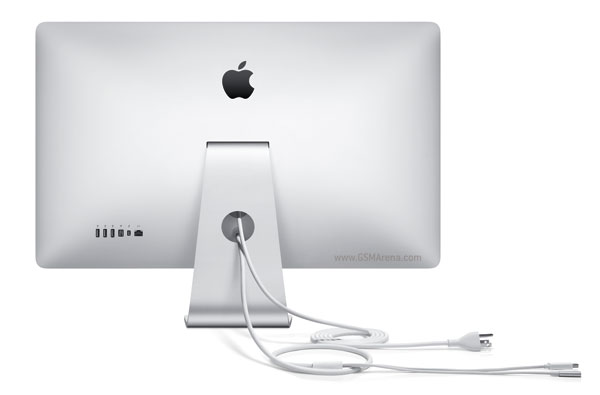 The new display also has a FireWire 800 port in addition to the three USB 2.0 ports, as well as another Thunderbolt port so you can daisy chain multiple devices. There is even a Gigabit Ethernet port on the back. Because of all these connectivity options, you can connect everything to the display itself and simply connect the Thunderbolt cable to your MacBook, so when you have to leave and take the MacBook with you all you have to do is unplug a single cable and you are good to go.

The rest of it is identical to the older Cinema Display. It still has the same glossy 27-inch 2560 x 1440 LED backlit display. There is a FaceTime camera on top which now supports HD recording and built-in 49 watts 2.1 speaker set. The Thunderbolt Display comes with the built-in adjustable stand or you can opt for a wall-mount.