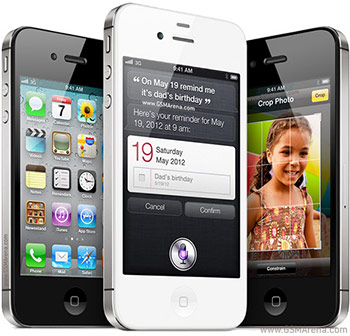 The morning brought us the first benchmarks of the new iOS flagship, along with the first sample from its camera and now we have its first tear-down and a bill of materials estimate.

The Italians, who dared to take they shiny new iPhone 4S apart unsurprisingly found that it is quite similar to its predecessor. The Retina LCD has remained unchanged and the only changes to the front and sides brought by the 4S are the new screw placement, which was done so the new antenna design could work and the piece around the proximity sensor, which is placed in a different way (so the proximity sensor issues should be gone now).

There are a few more differences on the back. The most notable of those is the glass in front of the LED flash, which is now smooth, instead of ridged. According to the guys behind the tear-down, the ridges used to spread the light before, but they caused issues with reflections.

Finally, the back panel of the iPhone 4S seems to be more durable than that of the original iPhone 4 and the battery capacity has changed by the slightest of margins (1430 mAh vs 1420 for the iPhone 4).

As for the promised Bill of Materials, the Deutsche Bank analyst Chris Whitmore says that the iPhone 4S costs between $170 and $220 to build, depending on its capacity. That adds up to a manufacturing margin of 71% to 73%, which is the highest in the industry, but then again, Apple gear has hardly ever been the most reasonably priced around.