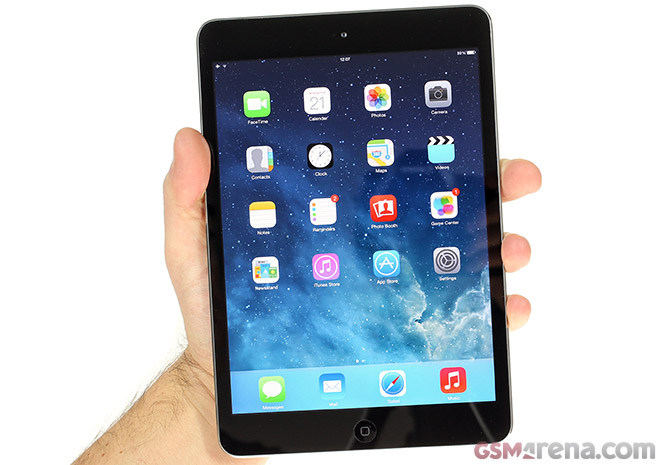 The original iPad mini was just reheated iPad 2 in a smaller package, but the second iteration promises to get everything right.

It has the same screen resolution, which due to the smaller screen diagonal means it has one of the highest pixel densities around. It matches both the iPhone 5s and the Nexus 7, one of its chief competitors.

It also has the same chipset as the iPhone 5s and the iPad Air, which has already proven to be very competitive against even the Snapdragon 800 chipsets that most current Android flagships boast.

That extra resolution and beefier chipset required a bigger battery to handle the extra load – the original mini had a 16.3Wh battery, while the new one has 23.8Wh in its tank. That made it a bit thicker and heavier though. Battery life is unchanged, according to official numbers at least, we’ll see what our own battery tests reveal.

We’re almost done with the review of the Apple iPad mini 2, we’re just finishing things up like testing the battery, the camera and a few other necessities.