Apple announces new docks for the iPhone 5c and the 5s

Apple has been making docks for the iPhone, iPod and the iPad for a while now. But last year’s iPhone 5 launch didn’t see the release of a corresponding dock, which would have led most people to believe that Apple has given up on the idea. 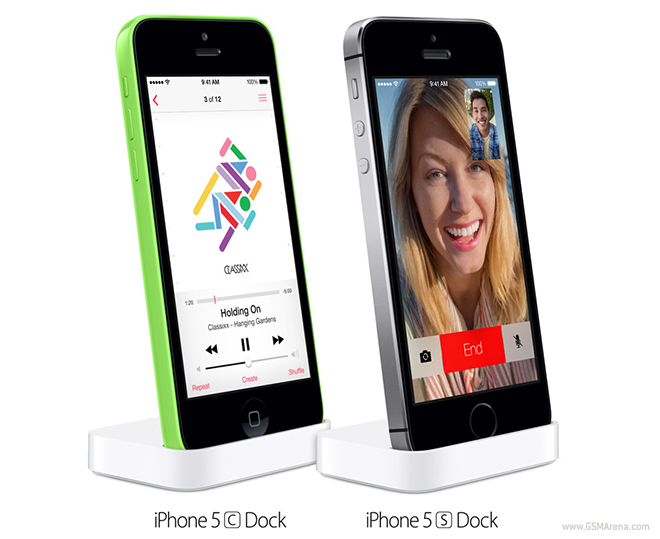 But turns out, that is not the case. This year, Apple has not one but two docks for both the new iPhones, and they are available for $29 each. The docks are slightly different, with the 5c dock having a bigger slot to accommodate the slightly different shape. By the looks of things it seems you can use the 5c dock with both the 5c and the 5s but the 5s dock can only accommodate the 5s and the older 5.

The iPhone docks have always been a convenient accessory to have to simply plug your phone in and let it charge without having to fiddle with the charger cable. It offers almost the same convenience of a wireless charger but without any additional hardware on the phone. The dock also has an audio out port so you can connect something like a speaker set to listen to the music on your phone (since the headphone jack on the bottom gets blocked when you place the phone in the dock).

Neither of the docks are on sale right now but should be available around the same time as when the phones are released. Meanwhile, you can check them out in the links below.