A recent report by a Beijing analytics company rated Android device penetration in China to a whopping 68.4% by the end of 2011. 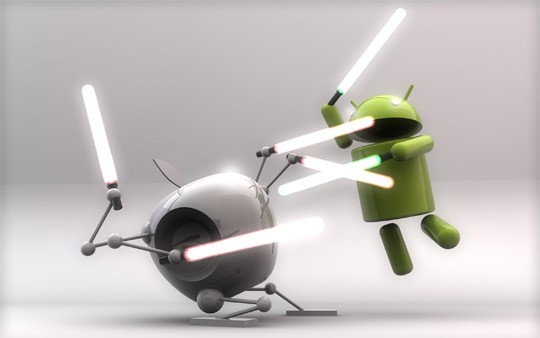 By comparison, iOS was only able to snag mere 5.7% of that same pie.

Such a drastic deviation may come as quite a surprise to some people, especially considering a recent report pointing to one in ten people in Beijing and Shanghai owning iOS devices. This same report also states that China has recently overtaken the US as the country where the most smartphone devices are activated, so one in ten people owning an Apple device is not exactly a drop in the bucket.

And we all remember that iPhone 4S launch fiasco at the beginning of the year, where Apple had to suspend sales of its latest iPhone in Beijing and Shanghai due to unruly crowds on opening day.

So why the huge disparity between the Android and iOS market share? Most sources point to price being the deciding factor, as Android is able to take advantage of lower-cost devices as vessels for the Google’s mobile OS. This is especially true for China, the backyard of price competitive smartphone manufacturers such as Huawei and ZTE.

With the anticipated announcement of the latest iPhone somewhere in the near future, we’ll have to wait and see if Apple can make up some of their lost ground in 2012.