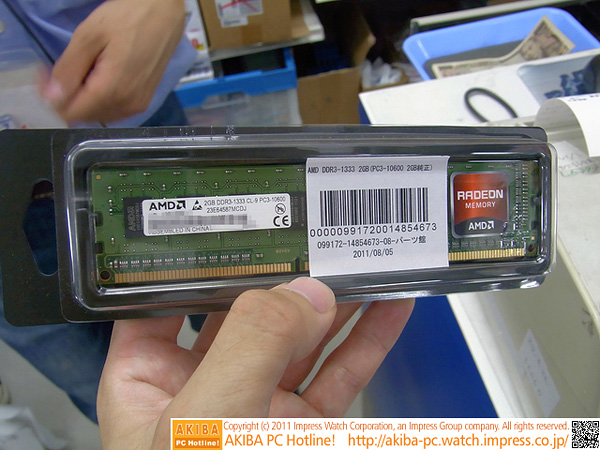 Pricing for the three series isn’t officially announced, but Canadian web shot NCIX already has the AMD Radeon Entertainment DDR3 modules for CAD$10 (or 10 US dollars, €7) after a CAD$10 rebate (rebates are valid until tomorrow, 10 August).

Even without the rebate, that’s quite a good price for 2GB/1333MHz RAM. There’s no info on when the other two Radeon memory flavors will show up in shops or how much they will cost.

Besides Canada, the AMD Radeon RAM was spotted in Japan, too (where the price was $20 for the Entertainment). Drop a line in the comments if you find it somewhere else, especially if it’s the ULTRA PRO Gaming or Enterprise editions.