Jeff Bezos posted yet another “Dear Customers” letter to the front page of Amazon.com announcing the new Kindle Fire lineup – that’s great advertising right there. The lineup consists of three tablets – the 8.9″ Fire HDX, the 7″ Fire HDX and the 7″ Fire HD. 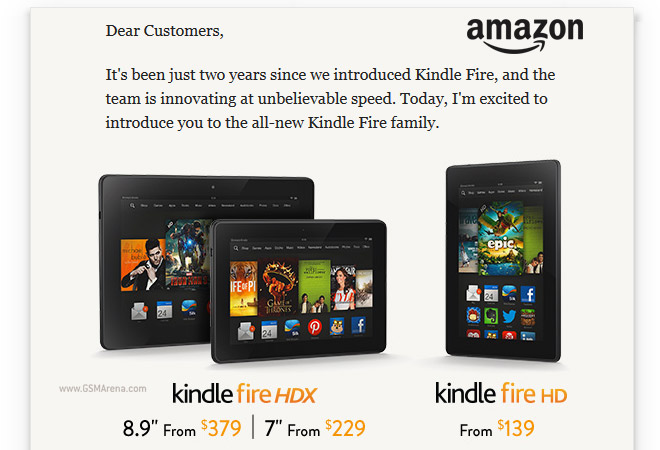 Jump after the break for more info on the new tablets. 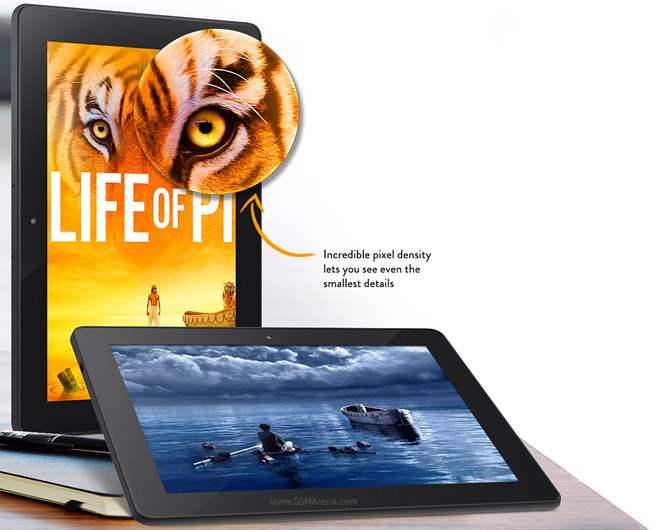 The back camera on the HDX 8.9″ is an 8MP / 1080p shooter with LED flash, F/2.2 lens and HDR mode. A 720p front-facing camera will serve video chat duties. On the connectivity side there’s optional 4G (this model also comes with a GPS receiver), dual-band Wi-Fi a/b/g/n with dual-antennas and a standard microUSB. There’s no Bluetooth connectivity.

The Kindle Fire HDX 8.9″ Wi-Fi will ship on November 7, while the 4G versions will be quite late, shipping on December 10. 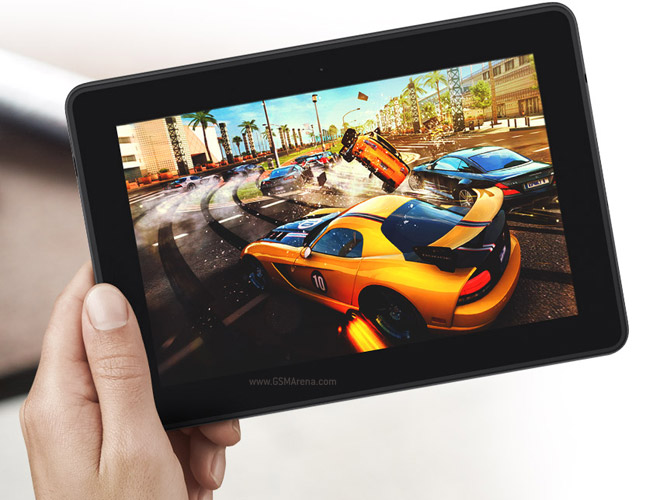 The Kindle Fire HDX 7″ has the same storage and options as its bigger sibling and the same powerful Snapdragon 800 chipset with four Krait 400 CPU cores at 2.2GHz, 2GB RAM and Adreno 330 GPU. There’s only a front-facing camera and the tablet is 9mm thick and weighs 311g for the 4G version.

The Fire HDX 7″ Wi-Fi ships October 18, while the 4G versions will head out on November 14. 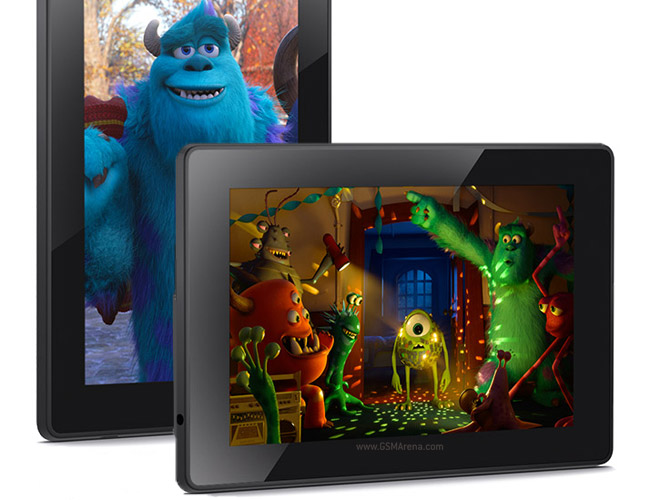 Still, it’s great for the price and the Fire HD 7″ will be available first, shipping on October 2.

Amazon also announced Origami Covers, which have flaps on the back that can be folded to serve as a kickstand with two stages (hi, Surface 2). The covers for the HDX 8.9″ tablet are $70 and can automatically launch the camera app when you open the flap that covers it. The 7″ covers are $45-$50 depending on model. 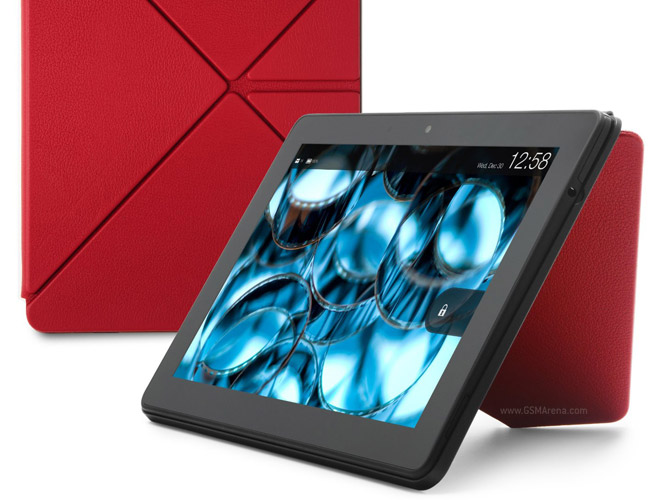 Amazon also updated the OS that its tablets run on – Fire OS 3.0 is nicknamed Mojito. It is based on Android Jelly Bean (exact version unconfirmed, and once again there’s no Play Store access) and adds cloud services, improves the UI and content management.