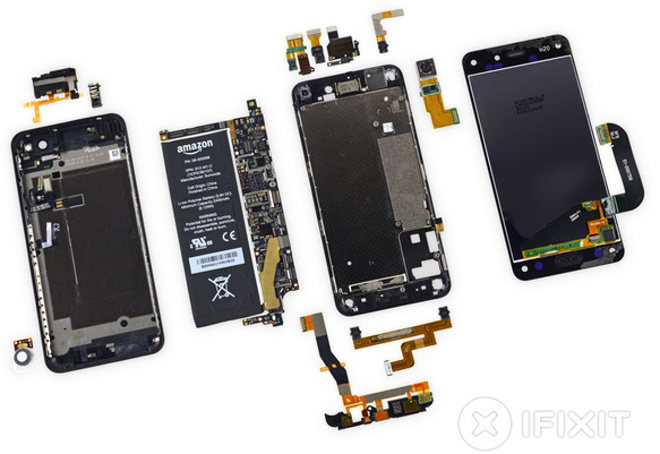 The teardown reveals that the Amazon Fire Phone is anything but easy to repair with the device managing to achieve a low reparability score of 3 out of 10.

The build of the smartphone uses external non-proprietary screws, so ripping apart the phone is not a concern. However, the problems start thereafter. Pulling the battery is quite tricky as there is a risk of breaking the pulls tabs, which would lead to heating and prying, according to iFixit engineers.

All four Dynamic Perspective cameras are encased in glue and to split them, you will have to heat it and cut. So, at the end of the day, you will have to either replace the cameras or purchase a new display assembly that has all the four cameras. The smartphone doesn’t seem to be modular and the fact that they have shared cables between components would mean that your repair will be quite expensive.

The entire teardown of the Amazon Fire Phone has been explained in a short video and you can check it out below.