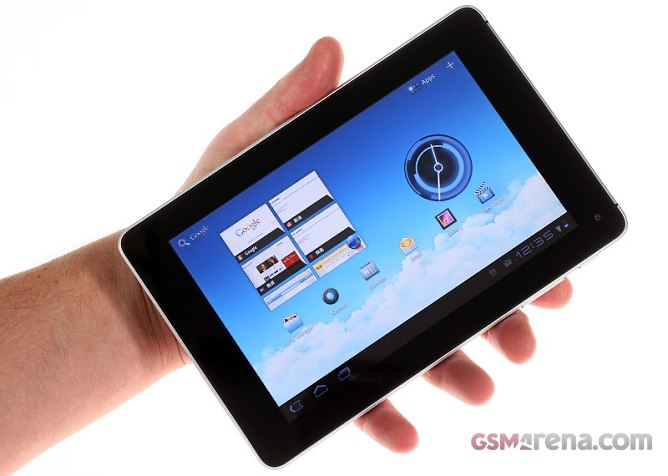 The MediaPad is a 7″ Honeycomb tablet with an aluminum unibody. At 390g of weight and 10.5mm thickness, it’s lighter and thinner than the Amazon Kindle Fire.

We shot a quick video with the MediaPad that covers the major selling points of the tablet:

The tablet has an excellent build quality and draws heavily from HTC styling, especially the HTC Flyer. Some sort of toughened glass would have been appreciated for the screen though.

Speaking of the screen, it’s an IPS LCD with 1280×800 pixels resolution for 216ppi pixel density (the Kindle Fire and the Samsung Galaxy Tab 7.0 Plus both have 170ppi density).

The MediaPad can output 1080p video through its microHDMI port and its player handles all sorts of video files (including MKV) easily. There’s also SRS sound enhancement available.

You get 5.8GB of user accessible storage to store your media but you can expand it with a microSD card.

To do that, you need to pop open the bottom plastic panel on the back. There you’ll also find the SIM card slot (the MediaPad has 14.4Mbps HSDPA and 5.76Mbps HSUPA). The 4100 Li-Po battery isn’t user accessible (that’s typical for tablets).

The tablet has two cameras – one 5MP autofocus camera that shoots 720p videos and a 1.3MP fixed-focus camera on the front for video calling.

We’ll be running our usual set of benchmarks to see how the Snapdragon chipset that powers the Huawei MediaPad handles. It has two 1.2GHz Scorpion processor cores, an Adreno 220 GPU and 1GB of RAM.

That’s it for now, but we’ll be back with a full review of the Huawei MediaPad later on.