A retina display with quadruple the resolution is perhaps the most popular (and most probable) rumor, but the alleged photo of the new screen was declared as fake soon after it hit the web. Here’s the Retina display image that was sent out: 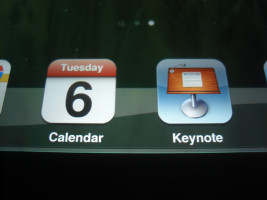 It was sent out to multiple sites and has been debunked – note, for example, that the icons are docked but they don’t have a reflection as dock icons in iOS do.

Anyway, the photo of the next-gen iPad and its box that says “iPad HD” is more interesting, though there’s no way to confirm its authenticity. The tablet itself is white and the home button is still present (there were speculations that Apple will be removing it). 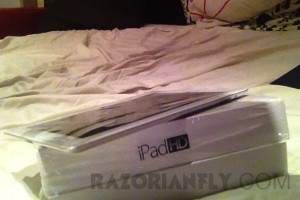 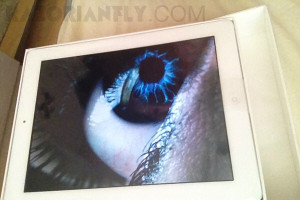 The image visible on the iPad HD screen is a close-up of an eye – surely, an allusion to Retina displays. Again, take this with a pinch of salt as such photos are easy to fake.

Either way, we’ll know for sure in a few hours when Apple’s event is scheduled to begin.