AG Drive is now available on the App Store for the iPhone and iPad and has been given the Apple’s Editor’s Choice, which, to be honest, doesn’t really mean much if you see the history of some of the previous games that got this honor. Let’s see if this one’s any good.

In AG Drive you pilot an anti-gravity ship, which is like a small aircraft hovering just above the ground. The tracks you fly these things on go up, down, and sideways, which is not an issue for these gravity defying machines. 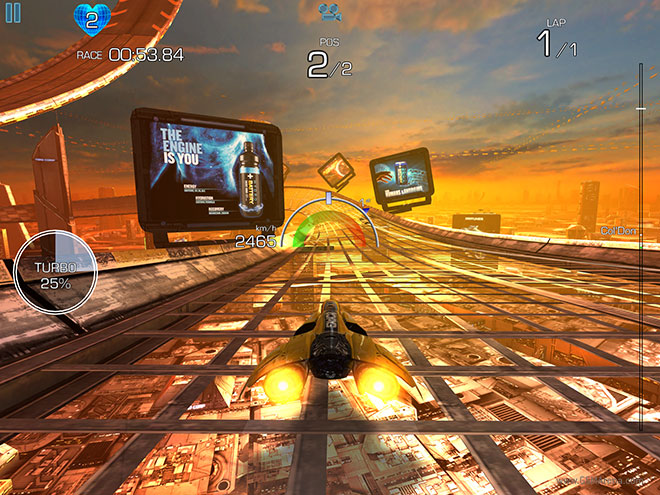 The rest of it is simple arcade racing. You have couple of main race modes comprising of quick races, with are short, and the slightly more elaborate campaign mode. Both modes have a multitude of race types, including single races against multiple opponents, duels against a single opponent, elimination, time trial mode, speed record, where you have to reach a certain speed, distance record, score chase, etc. In quick race mode you can choose your difficulty and in campaign mode the difficulty increases as you play. 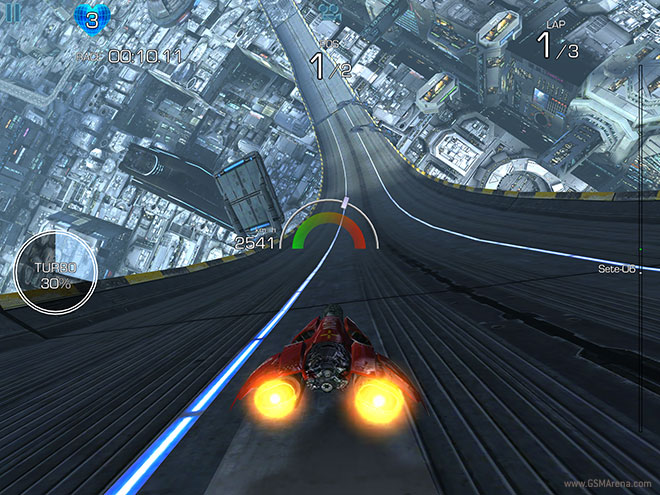 You have three ships available to you, two of them being locked and have to be purchased using the money you earn by winning races. You can also customize the ships by increasing their performance, handling, and special ability. Each ship has a special ability: the default Epsilon has turbo boost, the Minstar has an auto-beam feature that locks it to the track even around corners, and the the Sokudo can jump. The special abilities of the ships can be used during the race when the meter fills up and after using you have to wait for it to refill. 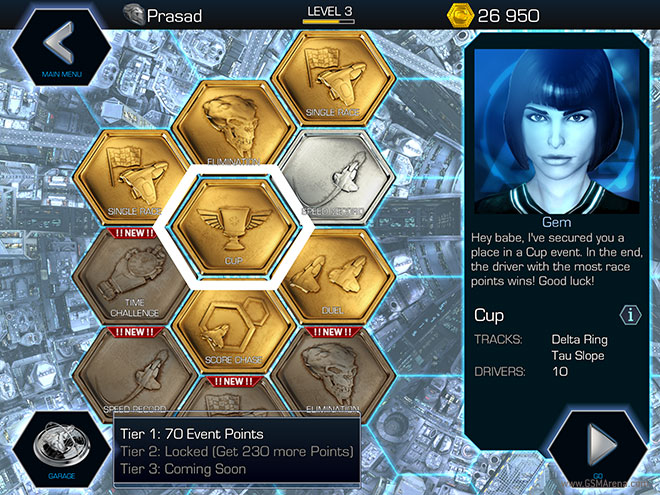 But enough of all that. Is the game fun to play? Nope. For all the fuss the developers make on the game’s description page you’d think it’s the next big thing in racing games but it’s honestly quite dull overall. The game takes heavy “inspiration” from both Wipeout and F-Zero in particular, with its ship designs, looping topsy turvy tracks and the whole anti-gravity racing thing in general and doesn’t manage to be half as fun as either of them. Wipeout, in particular, has a cool weapon system that you can use to blow other ships, that this game lacks. 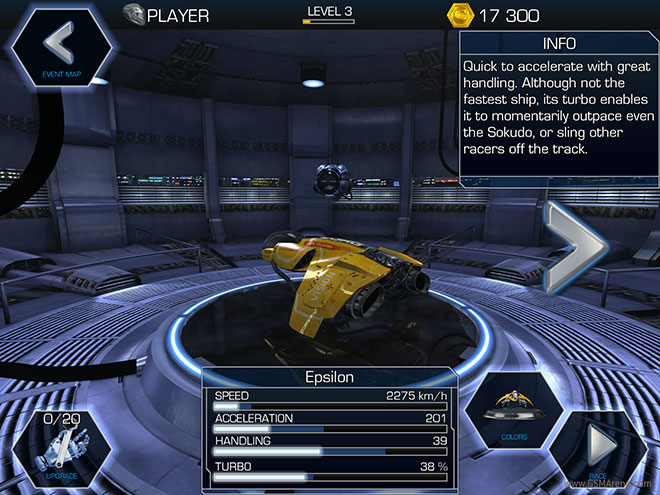 In all honesty, this game isn’t always that dull, and the first few races you are reasonably entertained by it, particularly because of the visuals but you soon realize there is not much depth and variety to the gameplay and it gets repetitive quickly. There aren’t a lot of tracks right now and only three ships, which feel similar and their special attacks are so comically short (unless you upgrade them) you wonder why they are even there to begin with. The whole racing experience in general is just not all that exciting.

Admittedly, AG Drive does look cool when you are playing it. There is a very real roller coaster like feel when going down vertically towards the ground on these tracks and getting a bird’s eye view of the city below. That is until you realize this is exactly how F-Zero GX looks like, which is when it seems less impressive. Also, there are a lot of ugly low resolution textures in the game, often on the ship right in the middle of the screen that you are flying. Still, the visuals remain the highlight of the game, which is not saying much. 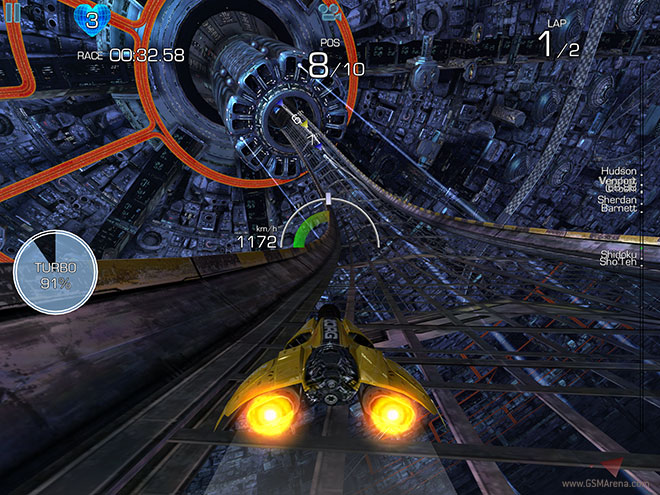 The sound, on the other hand, isn’t. The game boasts of this fancy soundtrack by Ari Pulkkinen (he made the Angry Birds theme, among other game soundtracks) along with a few other composers. It’s just a bunch of dubstep and EDM tracks and normally I don’t mind the genre but the music here is really grating to the point where I muted the music completely, which is something I rarely do in a game, especially since a lot of games have really good music these days. When you mute the music, you realize the sound effects are quite terrible, and oddly confused. Like the same interaction (moving through your ships in the gallery or choosing different difficulty level in quick race mode) will produce one of the couple of different sounds every time you press the same button. Why? Just because it can. The ships are practically silent and sound about as powerful as a sewing machine. Even the announcer sounds bad.

AG Drive is an unoriginal, uninteresting, and unremarkable racing game. Other than the cool visuals there is not much here that’s worth commending. Even the visuals are lifted from other games, so I wonder even if that’s worth commending. The gameplay is quite repetitive and eventually, boring. There is also a certain tackiness to the game, from the menus to the language used in the game (your agent calls you ‘babe’, for some reason). Overall, AG Drive is not worth your time and money, and Apple needs to hire better editors cause the current ones have no idea what they are doing.