Acer has now officially released the Iconia Tab A700 tablet that we first saw at CES back in January. The main feature of this tablet is that it’s the first Android tablet to have a 10.1-inch, FullHD 1920 x 1200 resolution display. 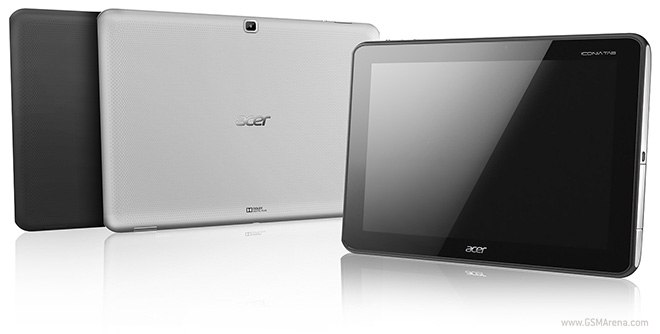 The A700 is powered by the NVIDIA Tegra 3 with 4-PLUS-1 cores and runs Android 4.0. It also features Dolby Mobile 3 that provides 5.1 channel Dolby Surround Sound via HDMI to a home entertainment system. Inside you have 1GB of RAM and 32GB of storage space, which can be further expanded by using microSD cards. Then there’s a 5 megapixel auto-focus camera on the back that also records 1080p videos and a 1 megapixel fixed focus camera on the front. Acer claims that the A700 has a battery life of up to 10.5 hours while watching videos.

The Iconia Tab A700 is up for pre-order on Acer’s online store for $449.99. This can make a very good tablet for watching movies on the go but it remains to be seen how well applications scale to this resolution and how well the Tegra 3 processor will be able to run 3D games at that resolution.