When the Nokia N1 went on sale in China earlier last month, the initial batch of 20,000 units was sold out in just four minutes and two seconds. The second batch went on sale a week later, and it too sold out in minutes, although there was no information on the number of units that were up for grabs, the time the batch lasted, and the number of interested buyers. 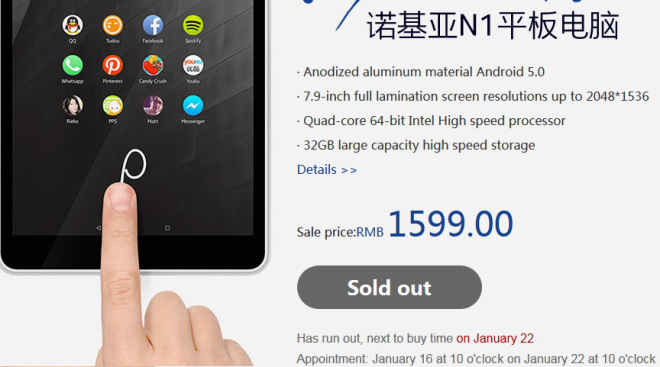 But it is now being reported that the second batch saw 666,594 interested buyers against 32,000 units of the N1 that were sold out in just 7 minutes and 47 seconds.

For those who are not in the know, the third and the fourth batches also sold out (no information on quantities yet) recently, and the next sale is planned for February 26.