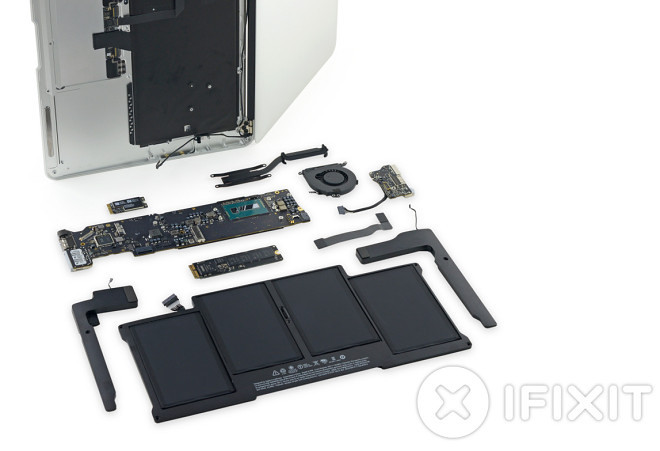 What the iFixit crew found most interesting is that even in this new generation Airs Apple has opted for non-adhered batteries, somewhat facilitating user-repair. This puts the two ultraportable notebooks in a unique position in the company’s lineup, where every other device comes with cells glued in whatever unoccupied space engineers managed to find.

The lack of changes also carries its negative implications though and the MacBook Air comes equipped with proprietary RAM and SSD modules, which are neither compatible with previous generations, nor can they be easily sourced. Even so, the notebooks are rated with the acceptable these days repairability score of 4/10.

The more curious of you can find detailed part lists and step-by-step disassembly photos of both the 11″ and the 13″ Apple MacBook Air when you follow the links below.