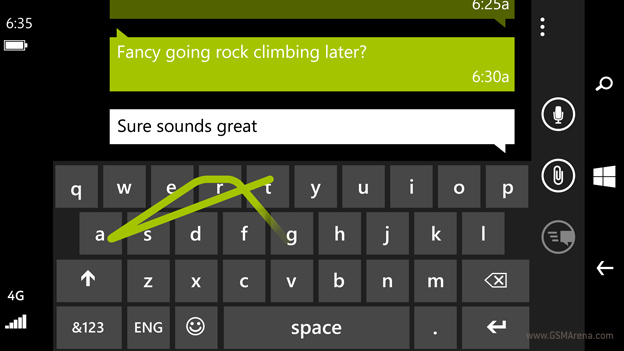 Not content with their current success, Microsoft has managed to one up their previous software keyboard, and nab a Guinness world record in the process with their new ‘Word Flow’ keyboard.

Flow comes with Windows Phone 8.1, and when Microsoft designed the software keyboard, they did so with the intention of shattering text-message typing records. And they did just that. Check out the video below, from MicrosoftResearch, to see how they accomplished it.

The record is specifically for software keyboards, and as you can see in the video, the record setter accomplished it by predominantly using the swype-like gestures offered by Flow.

It’s crazy to think that years ago, no one would have ever expected software keyboards, like Flow, to trump the hardware units that once dominated the mobile landscape. But now, it is hard to imagine going back to physical buttons.

Anyone think that they can beat this record? Or are you impressed with the accuracy and speed that flow offers and don’t think it can get any faster than this?