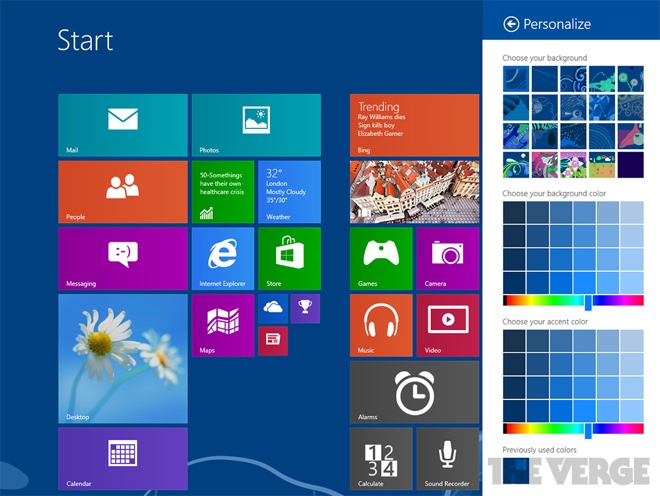 One of the changes in Blue is addition of two new sizes for the live tiles. You can now have tiny, icon sized tiles, similar to the ones introduced in Windows Phone 8, as well as a giant new square tile that is twice the size of the previous largest tile. The theme settings have also been updated, with finer control over the color of the desktop background.

Other useful new addition is a 50:50 snap option for application windows. Earlier, this functionality was only available to desktop Windows apps but will now be available for apps using the Modern UI as well. In fact, you will be able to snap four apps simultaneously in this update, thus significantly boosting your productivity and reducing app switches. 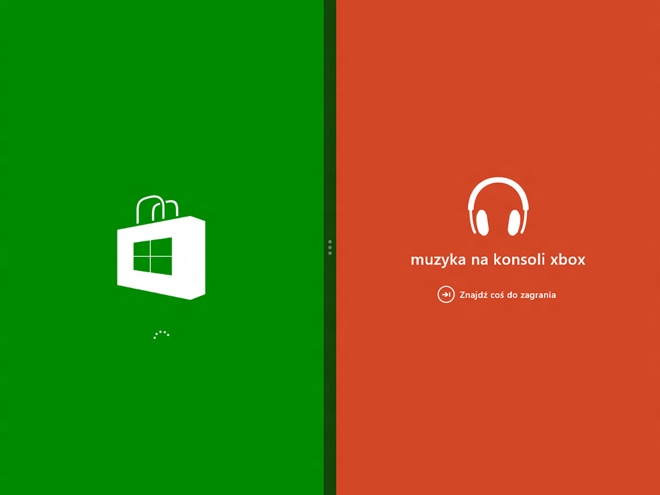 Other changes in this build include a new improved Settings panel in the Modern UI with additional options, that will have you switching over to the more extensive desktop Control Panel app less frequently, new Charms, including a Share Charm for quickly taking and sharing a screenshot of the current app and Internet Explorer 11.

A public preview of Windows Blue is expected to be released in the coming months with the full release later this year. Hopefully, it will make using Windows 8 a better experience compared to what it is right now.