The all-important new OS carries a lot of weight on its shoulders and needs to succeed if Microsoft is to stand a chance at more than marginal presence in the smartphone world. The dominant position in the desktop market seems stable but shouldn’t be taken for granted.

Windows 10 for use on a smartphone gathers a whopping 83% approval. It’s a huge number, considering the majority of current mobile OS users are running either Android or iOS. It goes to show how flexible the mobile crowd is, willing to experiment and give the new operating system the chance it deserves. If Microsoft manages to capitalize on the positive consumer response, they may take bigger slice of the pie. A new flagship smartphone to promote the platform is needed, though. 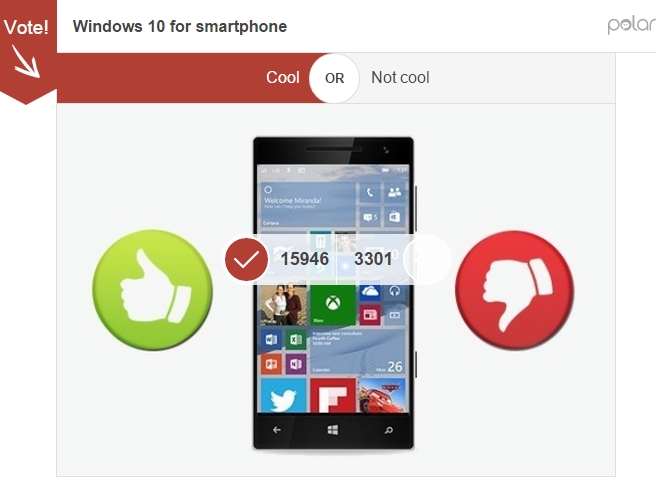 At 93% in favor, the desktop vote is very much representative of the actual OS market distribution, where various Windows versions command a little over 90% share. 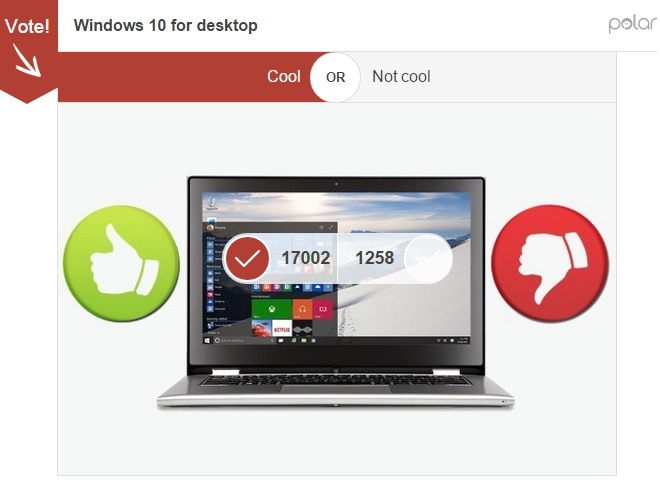