The Nokia C6 landed in our office and we did the unboxing tango with it. Nokia doesn’t have a great many phones that combine a touch screen and a hardware QWERTY – and that’s quite a popular combo, just look at all those Androids. 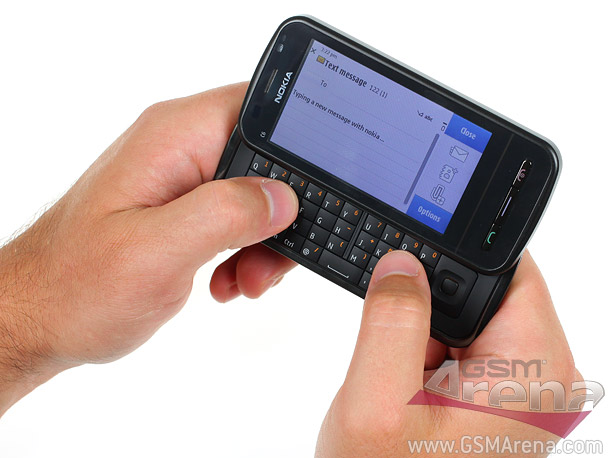 Aside from the Nokia N97 and N97 mini, the Maemo-powered Nokia N900 was the other touchscreen/QWERTY phone. And now, there’s the Nokia C6 – 3.2” nHD touchscreen and a four-row QWERTY keyboard are its claim to fame…

The looks of the Nokia 5800 XpressMusic and the brains of Nokia N97 mini – that’s the shortest way to describe the C6. It has the 5800 beat in terms of features and pricetag – it’s mainly the keyboard and the 5MP camera that put it closer to the N97 mini.

It doesn’t have the 8GB built-in memory of the mini though, or the 8GB microSD card of the 5800 – just a 2GB card, but that’s enough to get you started. Other than that, the box doesn’t contain more than the basics – hit the video to see our quick unboxing and tinkering around.

On the software side of things, not much has changed – it’s good old Symbian 9.4 S60 5th edition. Not that we expected anything different, the first Symbian^3 device will be the Nokia N8 and that’s still some way off.

Well, that’s it for now, expect the full review soon.