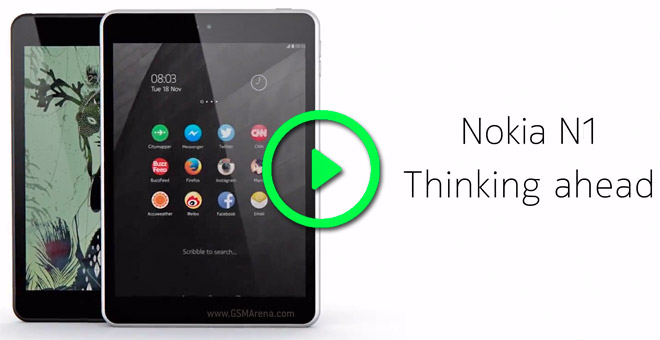 The N1 is Nokia’s first Android tablet, it previously tried making Windows RT tablets but that fizzled out quickly.

Here are the specs – an aluminum unibody with a 4:3 screen that measures 7.9″ big and has 1,536 x 2,048px resolution. If that didn’t scream “iPad mini” enough, the Nokia N1 also has stereo speakers on the bottom and Apple-style split volume rocker.

To its credit, the N1 is thinner and cheaper and might find a place in the market after the lackluster iPad mini 3 update. And there is a shortage of aluminum Android tablets, especially ones running Android 5.0 Lollipop. Still, Nokia could have tried a bit harder with the design.