When Apple introduced the A7 SoC with the iPhone 5s, much ado was made about the chip’s 64-bit support. That is, by everyone other than the rival chip makers, who either, like Qualcomm, pronounced it as a “marketing gimmick” (only to retract the words later) or like Samsung, who was quick to announce its own plans of releasing a 64-bit chip. 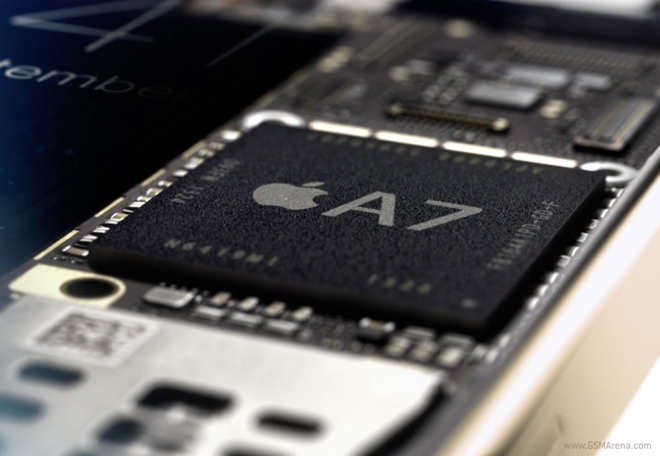 But turns out, deep down inside everyone was caught with their pants down when Apple announced 64-bit support in A7. According to an unnamed employee at Qualcomm, the company was caught off guard by Apple’s decision to make the switch so early. “The 64-bit Apple chip hit us in the gut. Not just us, but everyone, really. We were slack-jawed, and stunned, and unprepared. It’s not that big a performance difference right now, since most current software won’t benefit. But in ‘Spinal Tap’ terms it’s like, 32 more, and now everyone wants it.”

According to the employee, the switch to 64-bit was the logical next step and was eventually coming to all device. However, no one expected Apple to make the jump so soon. “Apple kicked everybody in the balls with this. It’s being downplayed, but it set off panic in the industry.”

But that was three months ago. Now everyone is tripping over themselves to come up with their own 64-bit chips and are expected to release by the middle of next year. Unfortunately, for Android manufacturers, simply shipping a 64-bit compatible hardware isn’t going to be enough, when the operating system itself does not support 64-bit. Meanwhile, Apple updated not just its own OS but also all its apps for 64-bit and has also made it easy for developers to make the switch.

Apple is often blamed these days for not innovating enough but people often forget that most of the innovations aren’t always consumer facing, such as this one. Apple hasn’t really made a big deal out of the 64-bit support because let’s face it, most people have no idea what it is but you know it is a big deal when your rivals are caught off guard and forced to rethink their strategy to align with yours.