A new mobile entertainment solution called Phonepad will allow you to turn your Samsung smartphone into a tablet or a gaming console. Think a third-party external screen, complete with a built-in battery and speakers along the lines of the ASUS Padfone lineup. 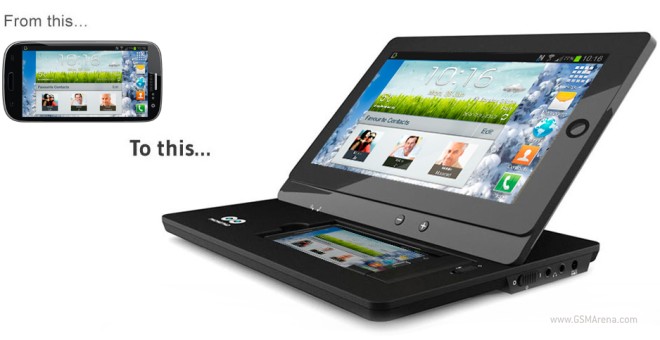 Phonepad transforms your existing smartphone into a 10-inch LED HD slate just by inserting the phone into a docking station.

The innovative gadget measures 187 x 270 x 20mm and weighs about 968g without the smartphone, which is rather heavy. The Phonepad can be used in landscape as well as in the portrait orientation.

The pad will be compatible with Samsung smartphones as it uses MHL as a connection protocol. So far there is no definitive list of the supported phone models.

We guess, we’ll know more when the Phonepad launches in July for a suggested retail price of £149.99.