The Nokia N8 has aspirations to be a portable video play for HD TVs with its 720p video output and true Dolby Digital sound over HDMI. But its video player lacked subtitle support, which limited its usability. 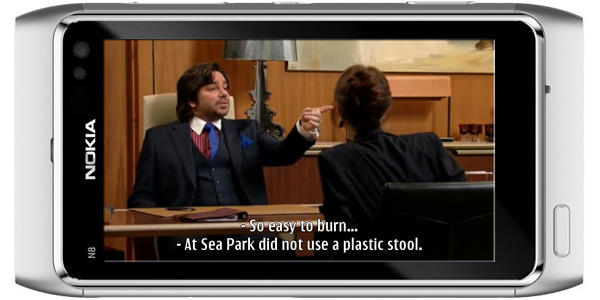 Well, the first video I tried confirmed that 2GB files still don’t work, so I grabbed another video and added several subtitles for it. I tried .SRT (which seems to be the predominant format right now) and .SUB (which was hard to find).

Both worked – the Nokia N8 video player located and loaded the subtitles automatically. Since there’s no option to manually load subtitles, the video and subtitle files have to be named exactly the same for this to work.

Non-latin subtitles were problematic though. The Finnish subtitles worked fine, but Hebrew subtitles were a no go. The file was saved as ANSI text and appeared as dingbats in the text viewer, but it completely failed to load in the player. We didn’t have Cyrillic or Chinese subtitles at hand to test them out. 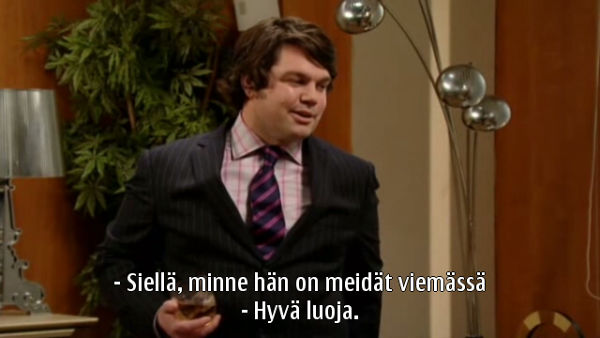 Not that it would have mattered – the Nokia N8 has no option to change the encoding of the subtitles. I tried to use UTF-8 mode instead of ANSI but those wouldn’t load either – even though the basic text viewer in the File browser displayed those correctly.

To sum up, the subtitle support is a nice update if you’re going to put that HDMI port on the N8 to good use. But the update didn’t fix all the issues and unless the subtitles are in a mostly Latin alphabet (that is Scandinavian languages work too, not just English), they probably won’t show up at all.