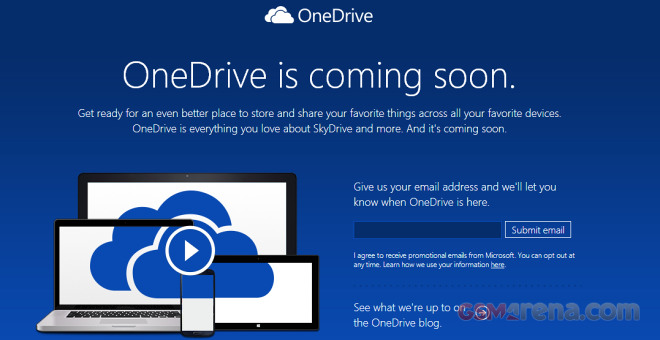 Microsoft says it chose the OneDrive name because the cloud storage should be the one place where you store all of your pictures, videos, documents and files.

There won’t be any other changes besides the name. Microsoft is working hard lately to improve SkyDrive. It has tremendously bettered the iOS app, it now even supports automatic upload, just like Dropbox. What’s great is Microsoft is giving you 7GB of free cloud storage, while Dropbox starts with 2GB. You can buy more SkyDrive storage, of course, or you can get 20GB for free with some of Microsoft’s paid services such as the Office 365 subscription.

Anyway, we expect Microsoft to update all of its SkyDrive apps with the new OneDrive name soon.