After the Kickstarter buzz surrounding the Ouya died down, interest in Android-powered consoles seems to have waned. That doesn’t deter Mad Catz though, the company just started shipping its M.O.J.O. console. 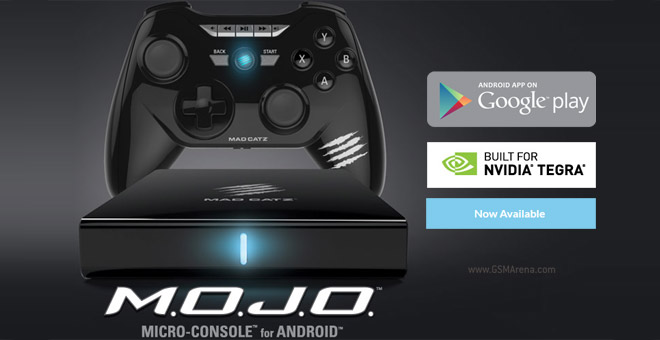 Those who pre-ordered back in October should be getting theirs soon and even if you didn’t book yours, there’s still time to snag one before Christmas.

The M.O.J.O. is $250, a good deal pricier than the Ouya, but you get more powerful hardware (Tegra 4 vs. Tegra 3), unmodified Android 4.2.2 and access to the Google Play Store, not Ouya’s custom (and relatively barren) store. There’s Tegra Zone too, for games optimized specifically for the Tegra platform.

Before you jump on the Mad Catz bandwagon, keep in mind that NVIDIA’s own Shield console also costs $250 (US and Canada only). The Shield is portable (with a 5″ screen and battery), has the same chipset and access to the Play Store, plus it runs Android 4.3.