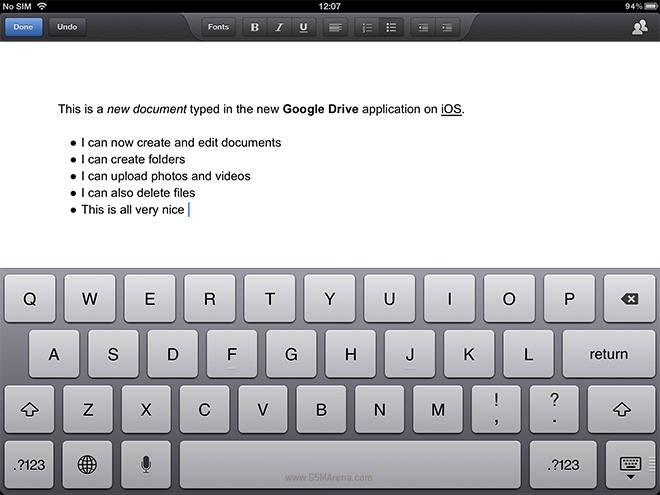 Well, that’s taken care of with the latest update, which brings with it several new features, the big one being able to edit all your documents. You can now tap on your documents and enter a view-only mode but with the tap of the Edit button you can start writing and also get basic formatting options. The documents are collaborated so any changes made elsewhere reflect immediately on your device. Unfortunately, editing is only available for documents and not for spreadsheets or presentations.

Other changes in the new version include the ability to create folders and move items between them, ability to upload photos and videos and take pictures from the camera, ability to delete files, richer Google presentations with animations and speaker notes and support for over 30 languages.

The updates are now available on the App Store and the Play Store respectively.