The result of HTC One M9 falls well behind the 86 points scored by the DxOMark leader, Samsung Galaxy S6 edge. The M9 shares 21st place with the Amazon Fire Phone and falls behind some decidedly devices such as Samsung Galaxy S III and iPhone 4s. 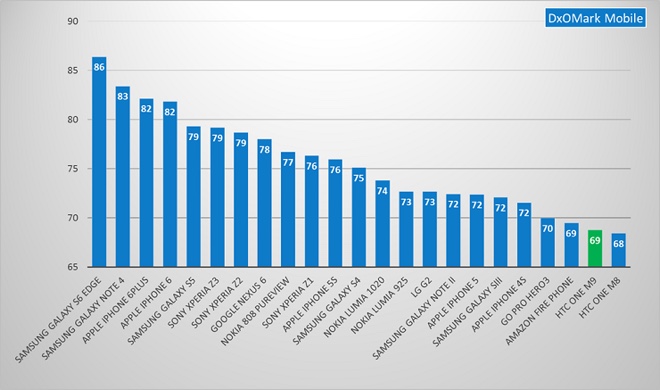 It is worth noting that HTC rolled out a couple of updates in a bid to improve One M9’s camera. It appears however, that the Toshiba-made 20MP sensor doesn’t cut it in today’s competitive environment.