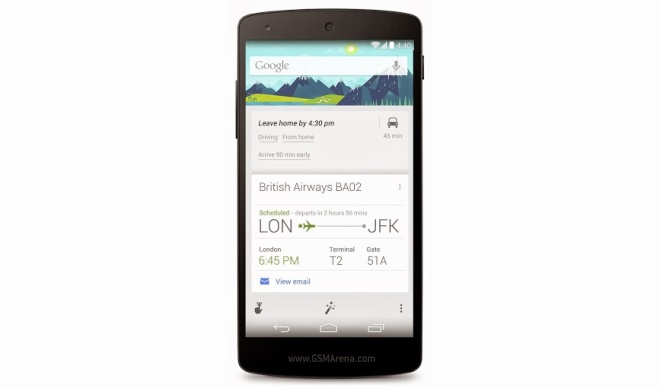 One of the major novelties that come with the update is the ability of Google Now to let you know when you should leave for work, airport, events and dinner in order for you to get there on time. Furthermore, you can specify your mode of transport and how early you would like to be at the venue.

With the latest version of Google search, you can make calls and send text messages using the search engine’s improved voice recognition feature. The update also comes with a new Google Now card for the on-going Sochi Olympics. The new introduction gives you a real quick access to medal standings, news and upcoming events.

You can now set reminders in French, Italian, German, Spanish, Japanese, Korean, Portuguese and Russian languages and Google will know what exactly you want it to do. The update is already seeding across the globe and in case you haven’t received it, then head on to the source link below to download it.