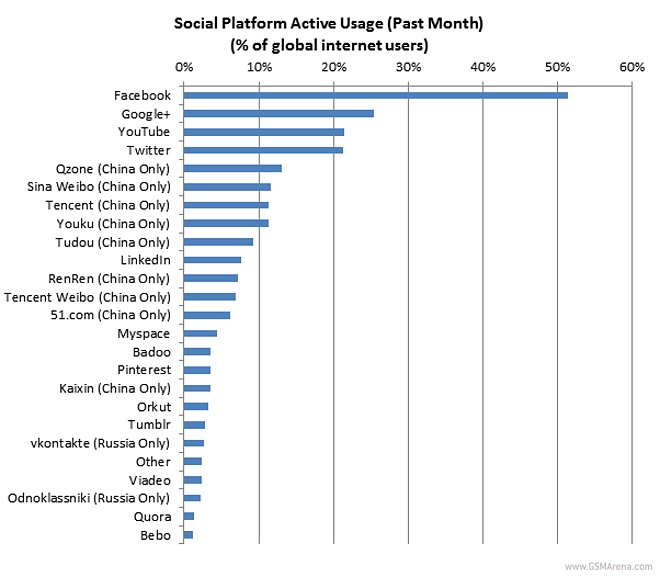 Interestingly, the five social networks that ranked from fifth to ninth are only available in China (Qzone, Sina Weibo, Tencent, Youku and Tudou). However, the study shows that local social networks such as these are rapidly losing market share and some have lost as much as half their members this past year. The business-oriented Linkedin completes the top 10.

We try to stay as active as possible when it comes to social networking. You can stay up to date with our content by liking us on Facebook, or following us on Twitter and Google+.