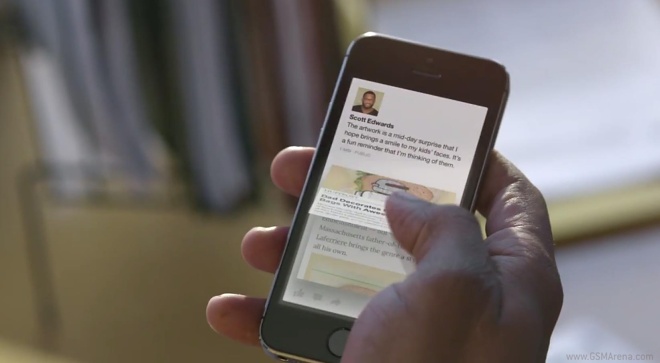 Instead of bringing you your news feed the app will let you chose from a list of curated genres – photography, design, sports, food and science. Big names in said categories will get their fair share of showing off but Facebook also promises to shine a light on emerging voices, letting you subscribe to their feeds as well.

The app will launch exclusively on iOS on February 3, but at this point there’s no word of it making it to other platforms. The date coincides with the release of Facebook’s Creative Labs department, which is expected to churn out more apps in the future.

Apps such as Flipboard and Google Currents have been in the content delivery game for some time now and both have their own set of unique features – letting you receive news in a visually-pleasant way, pioneering intuitive navigation and more. Let’s see if Paper has what it takes to intensify the competition further.