If you own one of the 60+ devices supported by CyanogenMod, you can rest assured that your droid gadget will be getting a taste of Ice Cream Sandwich (ICS) one way or another. The Cyanogen team announced they have already started working on CyanogenMod 9, which will be based on ICS. 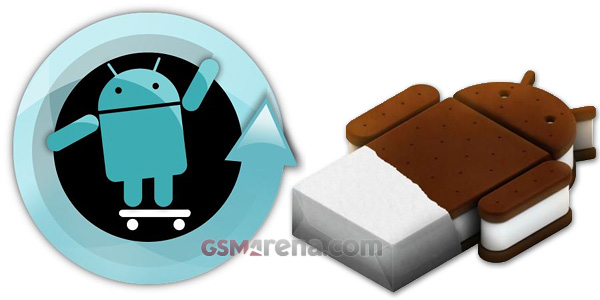 We can expect results as early as two months from now (keep in mind the ICS source code was just released). It will probably take most makers and carriers much longer than that to put out the ICS update for their devices.

If you’re wondering what happened to CyanogenMod 8 (current version is 7.x), it was probably intended for Honeycomb but since Google won’t be releasing the source for that, we might not see CM8 at all.

Anyway, about this time in January 2012 we should be seeing CyanogenMod 9 delivering Ice Cream Sandwich goodness to the big number of supported gadgets (a number that keeps growing).

If you really can’t wait two month, you can grab a Samsung Galaxy Nexus, which is running Android 4.0 Ice Cream Sandwich out of the box. The Nexus S will be updated too at some point, but the Nexus One will be left behind with Gingerbread.