Bulldog is a DIY gaming PC meant for 4K gaming in your living room, either replacing or complementing your existing gaming console. The ‘compact by gaming PC standards but not quite by actual consoles standards’ chassis houses a Hydro Series H5SF liquid CPU cooler, an SF600 600-watt SFX12V-form factor power supply, and an unspecified mini-ITX motherboard utilizing an Intel chipset. What you add beyond that is your choice. 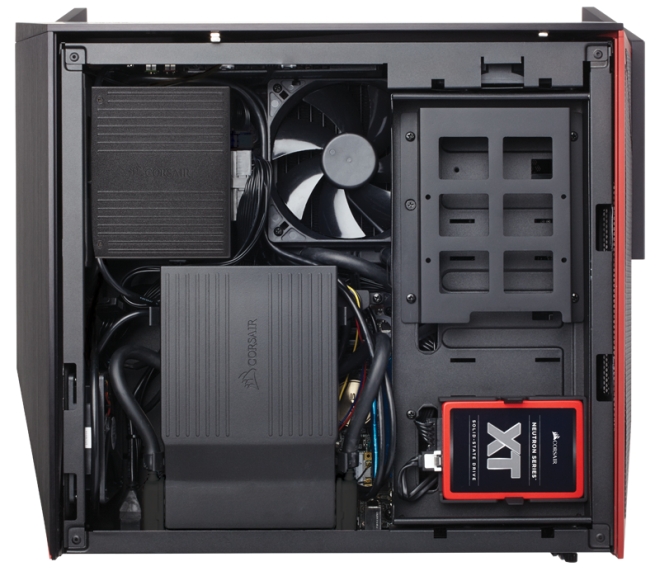 The Bulldog has space for a standard air-cooled high-end graphics card but Corsair advises using one of their custom HG10 brackets with an H55 or H75 liquid cooling system to keep the temperatures and sound to a minimum. Corsair has partnered with NVIDIA and MSI and the latter will be offering graphics cards shipping with HG10s and H55s pre-installed for a small premium.

To go with Bulldog, Corsair also announced Lapdog, a keyboard mouse combo design that’s meant to sit on your lap while you sit on the couch in your living room. It has a 7-inch x 11-inch mouse pad area, powered USB hub for keyboard, mouse, headset, game controllers, flash drives, or to charge your smartphone, memory foam underside cushion, and hidden compartment to neatly store cables. You can either opt for it with or without a keyboard.