It comes as no surprise that, on the flip side of the deal, we will be seeing a lot of Avengers-themed merchandise from Samsung. The Korean tech giant has already started teasing some of these products, including TouchWiz themes and a limited edition Galaxy S6 edge series, starting with an Iron Man edition and probably more superhero skins yet to come.

But, dedicated fans of the Avengers franchise, who have already bought a Samsung flagship needn’t worry about swapping it for a rare, limited-edition unit, although, we are sure, it would make both companies a lot happier. Instead, Samsung will be launching an Avengers-inspired set of official accessories. They will be available in the next three to five days through MobileFun. 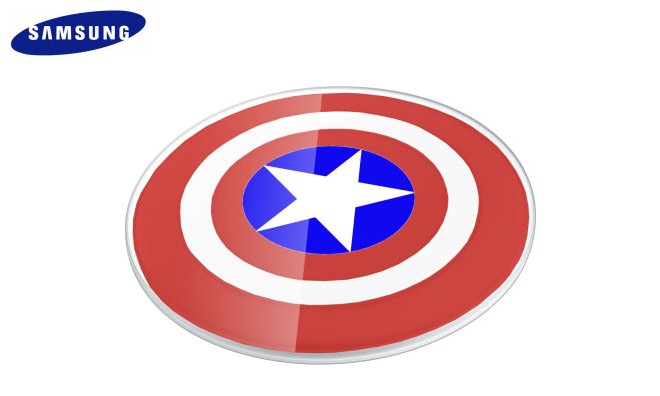 The list includes cases, featuring Captain America, Iron Man, the Hulk and Thor, all retailing for the hefty sum of $54.99. There is also a Captain America Shield wireless charger for $69.99. Judging from the momentum of the marketing promotion, more accessories are sure to come, so, we will keep you updated.