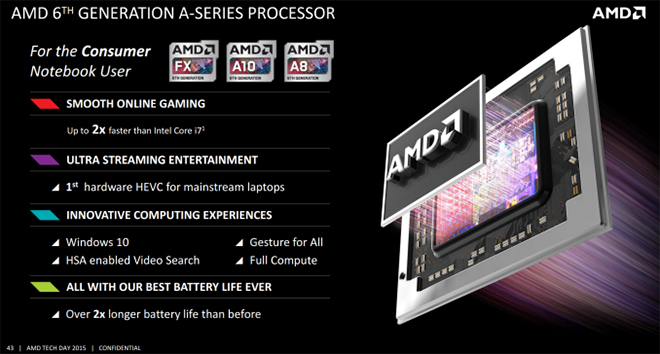 The new APUs support HEVC/H.265 for higher quality streaming at a lower bandwidth for up to Ultra HD resolutions. You can enjoy twice the more viewing hours on a single charge compared to the predecessor Kaveri lineup.

The new Graphics Core Next architecture with 8 GPU cores should also boost gaming performance to match that of some Radeon R7 discreet mobile graphics processors.

In coming few months, laptops packing the new Carrizo A-series APUs will be offered by Asus, Acer, Lenovo, and Toshiba.