Xiaomi is a young company that made a name for itself with affordable, feature-rich Android phones but is branching out now. Its new product is called the Xiaomi MiBox, an Android-based set-top box. 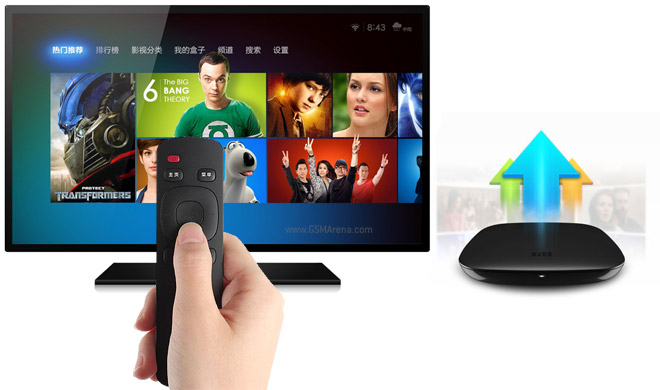 Typically for Xiaomi, the MiBox is priced quite attractively – $64 (RMB 399). Unfortunately, the company is yet to expand its availability beyond China.

The set-top box will have access to 30,000 movies and TV shows (the source of the videos is unknown). The MiBox will also play Android games, including Plants vs. Zombies, and will feature Douban Music support.

The MiBox hooks up to the TV using a standard HDMI cable and has an Ethernet port for Internet connectivity and a USB port for connecting external storage. There’s a remote control in the box, but you can also stream content from your Android or iOS phone (AirPlay is supported too).

It’s not clear what kind of hardware powers the device, but Xiaomi have used Snapdragon chipsets in their phones so far. The supported video formats are – RM / RMVB, MKV, TS, FLV, AVI, VOB, MOV, WMV, MP4 at up to 1080p.