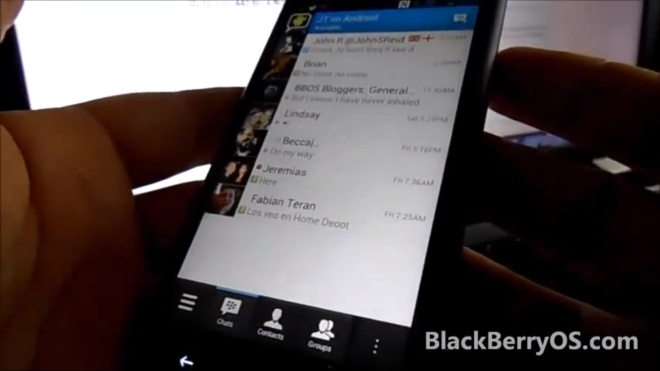 You can see all your chats in the main window. Swiping right brings a screen with options such as chats, contacts, groups, updates and invites. On the right is the screen with the settings and options to start a multiperson chat or send broadcast message among other things.

The app has integration with NFC so you can tap your phones together and send contacts over to another Android device with BBM. The app itself looks pretty good and even in the beta seems to be working quite well.

We still don’t have a precise idea as to when the app would hit the two platforms and the more BlackBerry delays the launch the less the people will be interested in it when it actually arrives. As it is, there are not a lot of people who are holding their breath for this.