Looking at the specs table made by tomshardware.com you can see that the new HD5970 is exactly twice the HD5850 was (even price-wise). But prepare for a huge power drown – at full throttle the HD5970 uses 300W and combined with the board power reaches a bit under 400W. If you want Crossfire with two of these 1 kW power supply is the minimum requirement for you… plus a bag full of cash. 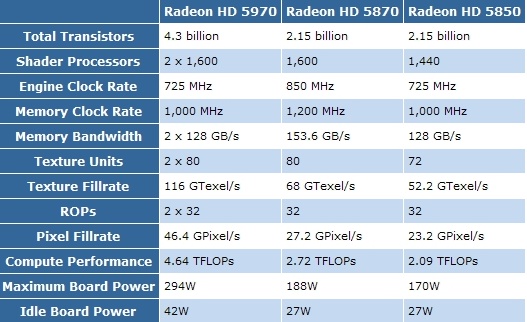 In most of the benchmark tests made by tomshardware.com, the HD5970 show almost similar performance with a Crossfire configuration of 2x HD5870 and outperforms all NVIDIA contenders.

You can find the full review here.